I worked with a professor at UC over the 2015 and 2016 summer with local high school professors to create a curriculum to teach the math and ethics of Cybersecurity to high school students. I created applets in Java and python to display concepts and allow students to train. In 2015, I focused on learning encryption and cryptography while in 2016, I was able to teach cryptography to the high school teachers. In addition, I made a project with the Graduate Research Assistant on the project and the source code of this project is on github: A-Game-Of-Codes. Below are some pictures of some applications parts of the project. 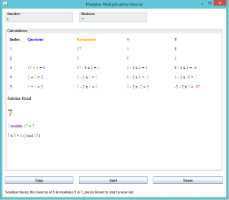 Applet designed to demonstrate how to find a modular inverse of a number. This was used by the teachers to help instruct students in modular arithmetic.

The Hill Cipher is a cipher that was used to encrypt information using matrix math. This applet was used by instructors to help students learn matrix multiplication and introduce the idea of ciphers and encryption. Additionally, the applet is meant to provide a challenge and can generate problems for students to practice on. The math is rather difficult though so it was not expected for students to be able to complete it during the course. 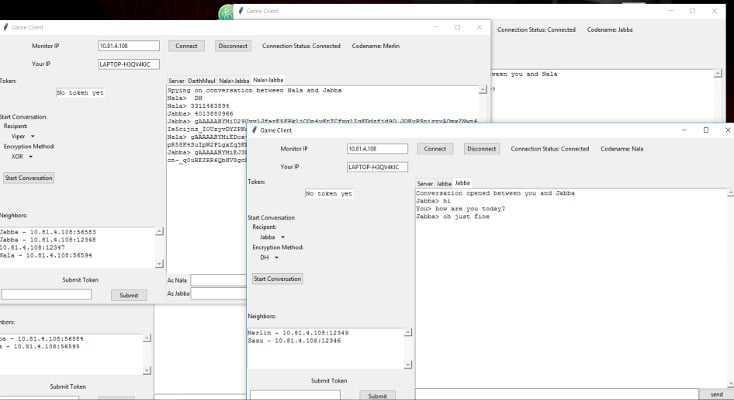 This applet will generate a peer to peer network that allows students to play a game and send encoded messages to each other. These messages can be stolen and encrypted. The game is moderated by a server and the server watches score and helps to moderate the game. It turns out that the game was a bit too advanced for the students with only a year of coding experience but it still provided a good way to introduce python and encryption to new students.